WooDream lures are handmade wooden lures, made in Japan, and they are beautiful. Unfortunately, the photos on this page do not do them justice. When they move you see subtle shifts in color that a still photo can never capture. The sides are checkered, which looks like fish scales. They even have a lateral line! The shiny, silvery cheeks look a bit like gill covers, and will give you all the fish-attracting flash you could want. 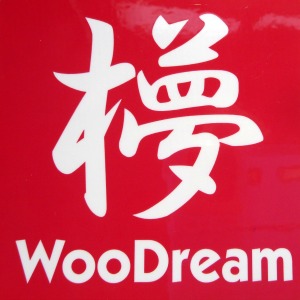 Well, actually I know why they are not available here. They are expensive (very expensive, actually) and most American anglers won't pay that much for a lure - no matter how beautiful (and no matter how effective, either). They are beautiful, and they are effective, and I am confident that at least some people will buy them - just not enough people for most shops to even consider stocking them.

I suspect that some buyers will display the lures rather than fish them. They were clearly meant to be fished, but I see nothing wrong in buying them for display. I've been to enough fly tying shows to know that none of the full dress salmon flies sold at the shows ever get wet! There are even little display stands for lures, but I don't plan to carry them. 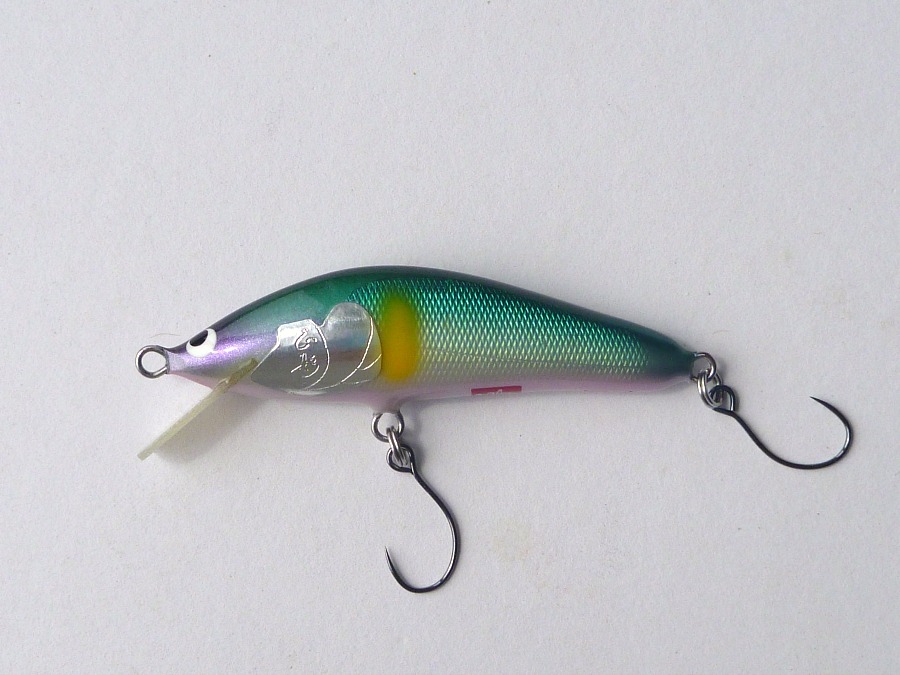 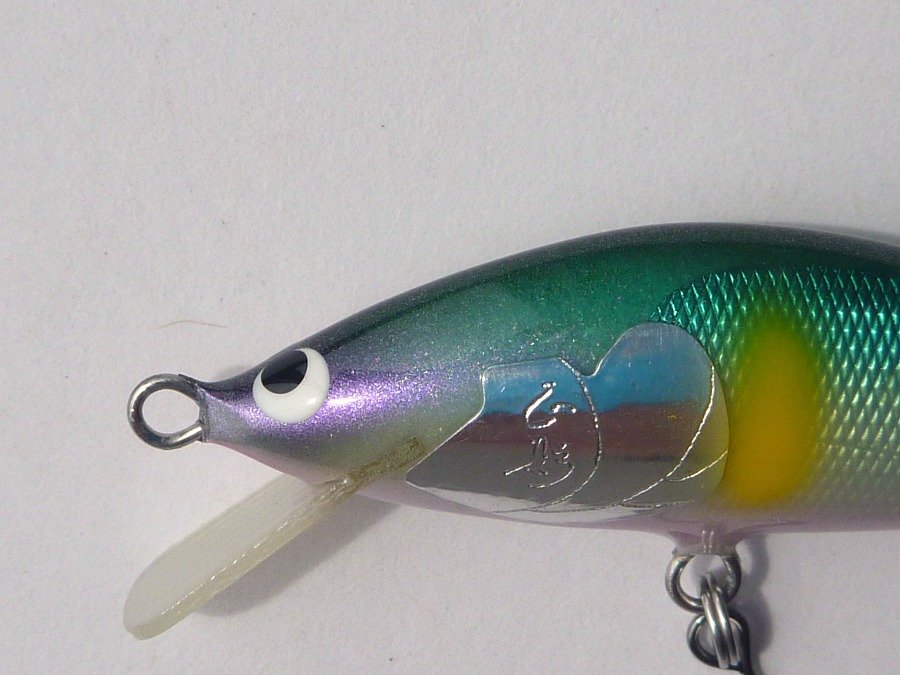 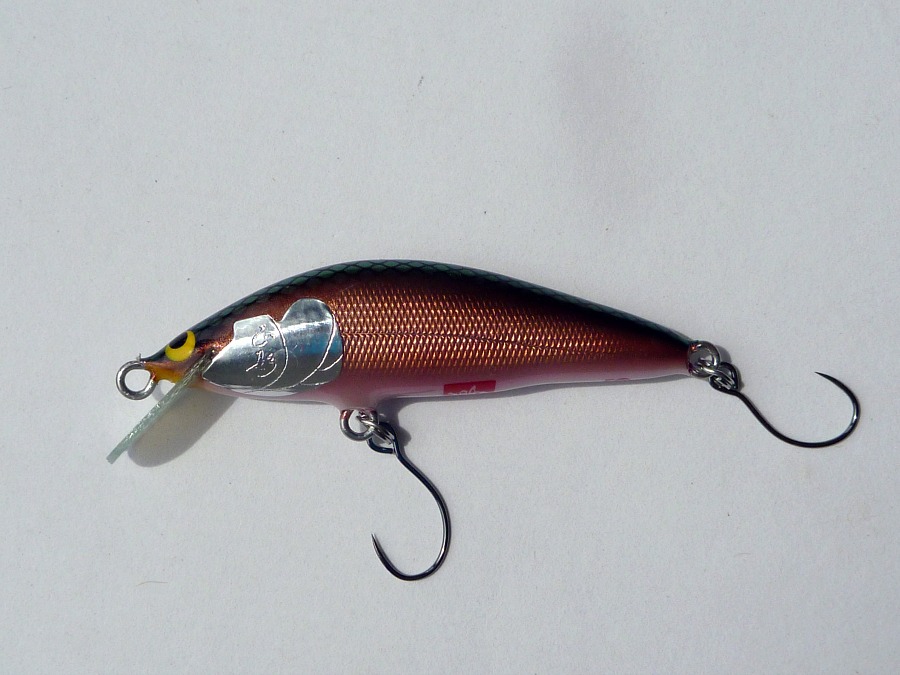 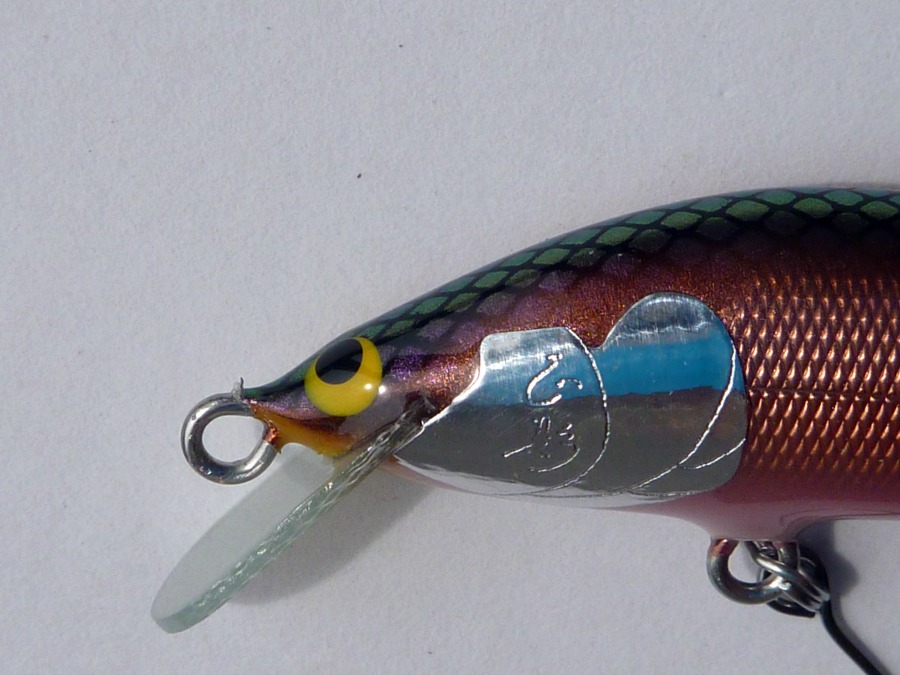 WooDream Arbor 50S - detail
(The blue on the gill cover is a reflection of my blue camera.) 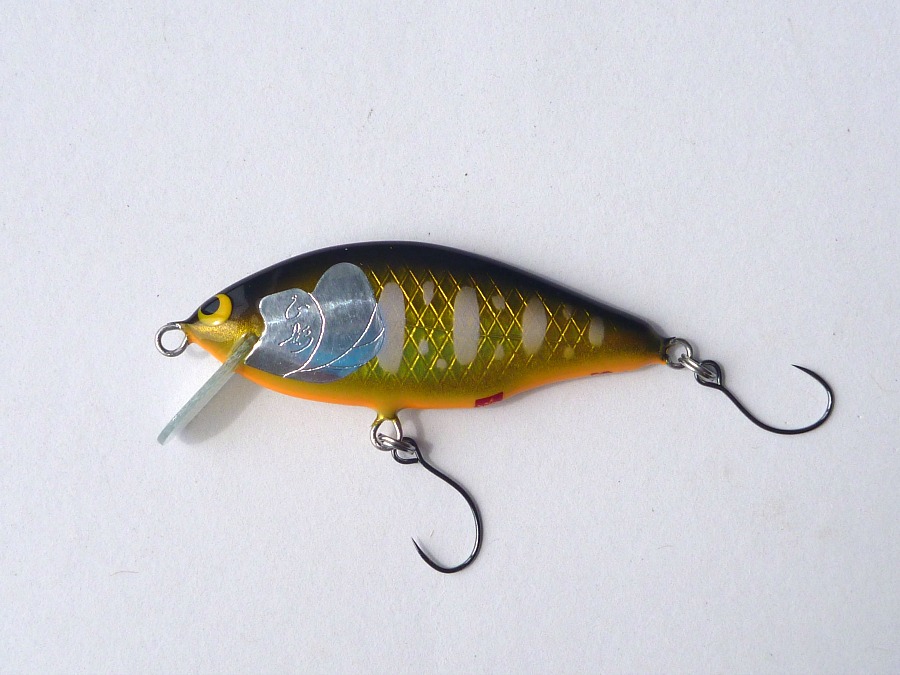 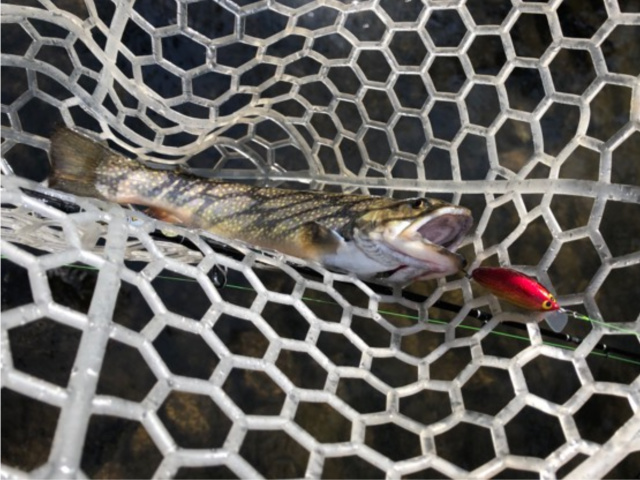 WooDream does make lures with treble hooks, but the ones I have in stock all come with single hooks. I would suggest using 4 lb line instead of 2 or 2.5 lb line, and would suggest checking the line for abrasion frequently during the day. I personally wouldn't fish them tight to the far bank of a river that is too deep to wade, though. l just know I would go retrieve any snag! 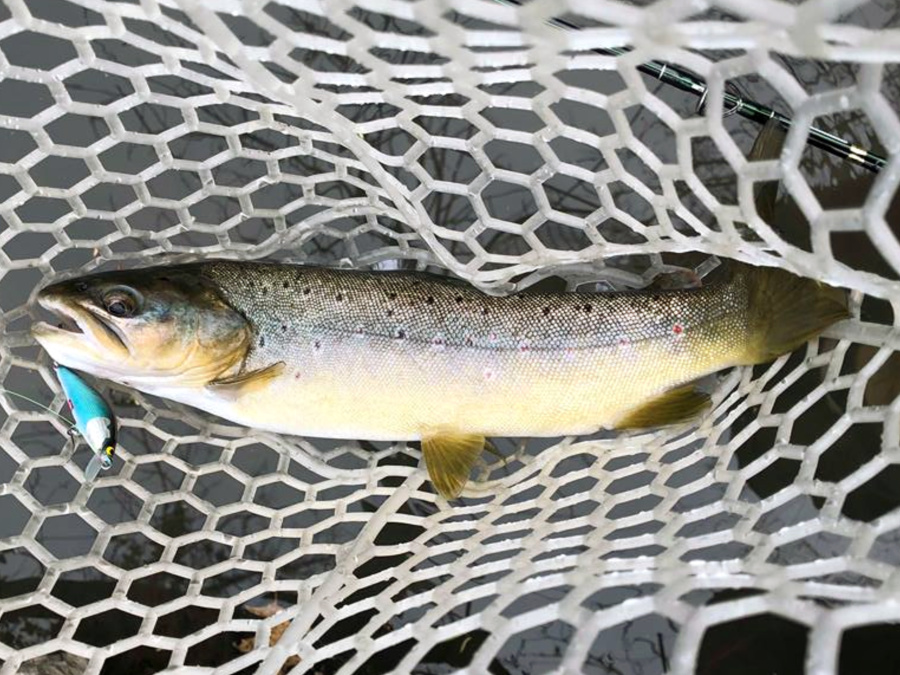 International shipping is by USPS First Class Mail Intenational (unless the entire order is over $400 or the order requires a box longer than 24". The shipping charge depends on the destination and the weight, length and value of the package.

Best quality I've ever seen in a plug.