JDM Spinning Line? Really? Yes, absolutely! If you're getting a top quality Japanese reel and an exquisitely designed Japanese rod, why use just any old line?

The line discussions on various internet forums are interesting. It seems the bass anglers mostly use braid. They are sold on the casting distance gained from the small diameter, the sensitivity gained from the lack of stretch, and the ability of the braid to cut through weeds. They talk of 20, 30, even 50 pound braid. For really big bass in really thick cover I suppose 30 lb braid has its place.

On the panfish forums you see lots of comments along the lines of "it's cheap and it works." For fish that are not known to be line shy and don't generally get over a pound (maybe two for crappies) that makes sense as well.

And the trout guys? Again, the forums are almost all fly fishing forums! The few comments you can find about spinning line tend towards buying 2 lb line because trout are line shy or buying massive spools of 4 lb mono because that way it's cheaper to change line frequently (which guys have to do because their spinners cause line twist).

From time to time you also run across a statement that a particular brand of 2 lb test line is really strong compared to the others. That pretty much means it isn't 2 lb test, doesn't it? I once questioned one of those comments and was told "it's 2 lb test diameter" so it's OK to call it 2 lb test.

The only problem is that it isn't 2 lb test diameter - at least not the diameter of 2 lb JDM spinning line. It's actually between the diameter of 4 and 5 lb JDM spinning line. No wonder it seems strong, but is it as strong as the Japanese line? Who knows? You can't believe what it says on the package about the strength. Can you believe what it says about the diameter? The point is that you don't know what you're getting. I was also told it was "industry standard." If the industry standard is misleading labeling, I think I'll shop elsewhere.

But that does raise another issue. Japanese 2 lb test line actually is going to break at 2 lb, not what you're used to with domestic line! The line is wonderfully thin and I would absolutely use it if I was fishing 1.2 gram spoons. However, for sinking minnow plugs, which are going to run twelve to twenty bucks a pop, I'd choose a heavier line (and I'd check for abrasion from rocks and trout teeth fairly frequently).

No one mentions premium lines other than a few of the bass guys.

Personally, I think that is penny wise and pound foolish. If you are enough of an enthusiast to buy top quality equipment, gear you cannot find at the local WalMart, why try to save a few pennies on the line - which after all is the only connection you have between you and the fish? Thinner line casts better, but you do want it to be strong enough for the fish you intend to catch. If you want your line to be both thin and strong, I would look to JDM spinning line.

I have fished nylon lines ever since I first picked up a spinning rod. I've tried fluorocarbon, I've tried braid, I've tried ester. I keep coming back to nylon. Some people like it because of the stretch (and some hate it for that same reason).

For me, though, the main reason I fish nylon is that it takes dye very well. If you want hi-vis line, really hi vis, you want nylon. I want to see the line as I cast, primarily so I can stop a cast from overshooting my target and sailing into the bushes on the far bank. Hi-vis line also allows you to see strikes that you don't feel. 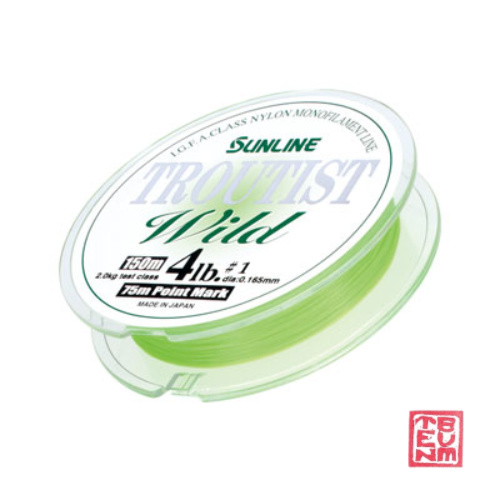 Some Japanese nylon lines are much more abrasion resistant than most nylon lines, and some have alternating colors (hi vis for line watching and lo vis for stealth). You won't find that at your local big box store. 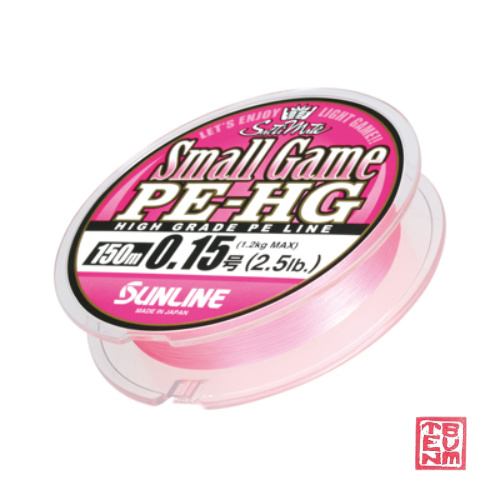 When I started using a baitcaster in trout streams I used the same nylon mono that I used with my spinning reels. After experimenting with a number of different lines, I came to believe a light braid is really the best choice. Nylon or fluorocarbon lines are perverse. It seems they want to jump off the spool, and will blow up into a bird's nest given half a chance. Given the same half a chance, braid seems to want to stay on the spool. It is considerably more expensive than nylon, but to me it is clearly worth it.

I know people who use braid on the spinning rods. I never have. I prefer the greater visibility of nylon, and I don't get birds nests with my spinning reel.

Japanese braid, at least the good stuff, is much more expensive than the braids readily available here in the US. It is much, much higher quality, though. As with rods and reels, Japanese anglers are willing to pay more for higher quality.

Look at it this way, if you have just spent $500 on the best BFS reel you can find, why fish a cheap line that will limit your enjoyment of the reel?

I am so so so enjoying the JDM lines.    I didn't think they would make that much difference.  They are so much smoother casting and supple.  I wish there was a way to convey to others that spending 15 - 20 bucks on line is well worth the investment.