Most international flights have been cancelled.

There is no ETA for out-of-stock items that come from Japan.

Shipments to overseas buyers will take longer than normal - possibly much longer. Patience is a virtue - especially in fishing.

The Tenryu Rayz spinning rods are the nicest rods for stream fishing I have ever seen (aside from the Tenryu Rayz Spectra). They are well balanced, have great actions and the "fit and finish" is unsurpassed. Tenryu is a small family company in Japan that is not well known in the US - at least not yet. It will certainly become better known as more trout anglers look to Japan for JDM spinning rods. I have been importing Tenryu rods for a while now, and they are absolutely top quality.

The Tenryu Rayz spinning rods were completely redesigned for 2020. The new Rayz models are a step closer to the premium Spectra rods. The blanks are both firmer and faster than the original Rayz rods, which has made the rods more accurate. The carbon/glass percentage has been changed, with most of the old Rayz rods being 85% carbon and 15% glass and the new Rayz rods being 92 to 96% carbon, depending on the model.

The one thing above all else that American anglers marvel at when watching Japanese lure fishing videos on YouTube is the pinpoint casting. Lightly dropping a lure deep into a bank eddy doesn't scare the fish you wish to catch on the retrieve.

Pinpoint accuracy is critical for stream fishing, and the new Rayz deliver.

The 2020 Tenryu Rayz spinning rods feature the Fuji KR concept guide system. The KL-H titanium frame guides with SiC inserts are taller, more aggressively angled and have smaller rings than the reduction guides on the original Rayz series. The coils of line coming off the reel are straightened out more quickly, causing less resistance as the line streams through the guides. That produces longer, more accurate casts. The running guides are smaller, which means they are lighter and produce less inertia when casting. The lighter guide train also makes the rods more sensitive. 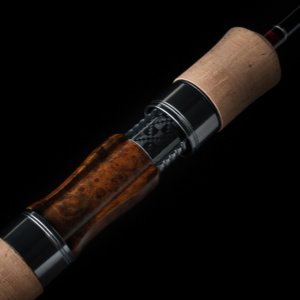 Tenryu's support of traditional Japanese crafts is embodied in the Nishijin weave incorporated into the reel seat. It is small and subtle, but it is built into the heart of the Tenryu Rayz spinning rods.

The reel seat spacer is select hardwood, each with its own unique grain pattern.

The grip itself is premium cork. For the RZ410S-UL, the length of the grip behind the reel seat is quite short - the same length as on the original Rayz RZ39LL. This makes underhand flip casts much easier as it allows the wrist a much greater range of motion. 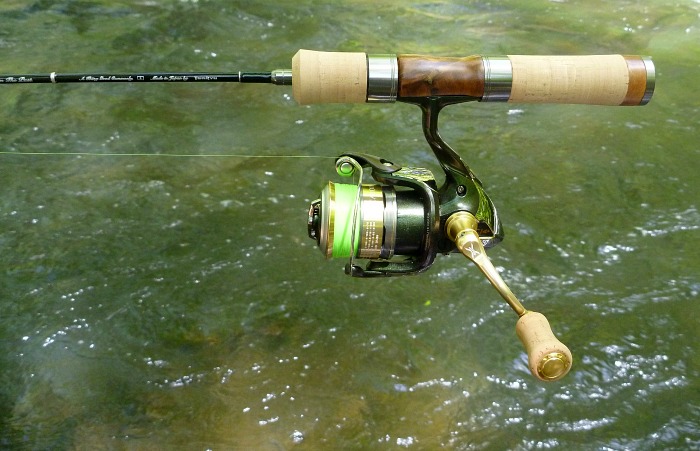 The Tenryu Rayz RZ4102S-UL grip will be the same as the RZ39LL shown above.

The rod lengths for the Tenryu Rayz spinning rods have been changed for 2020. The extremely short RZ39LL has been discontinued, and the UL and L models have been shortened. The RZ4102S-UL is 5 inches shorter than the original Rayz RZ53UL. It is short enough for the headwaters streams, yet long enough to use when you need subtle presentations of lighter lures on larger streams.

Tenryu has added a 6'3" Light model, which I think I'll need to order more of now that I've seen it. There are lots of rivers in the US that are wide enough that you'd want a rod longer than 5'4", but which you'd still want to finesse with 4 to 6 lb line and 4.5 to 7 g lures. If you want one rod for both streams and lakes, the new Rayz RZ632S-L may be just the rod.

In business school, I remember studying the Japanese concept of "kaizen," which is generally translated as "continuous improvement." On the home page, I mentioned that the Japanese have a different philosophy than Americans with respect to price and quality. They also have a different philosophy with respect change. "If it ain't broke, don't fix it" would never fly in Japan. There it would be more like "It ain't broke, but make it better." Tenryu Rayz spinning rods were already excellent. Now they're even better.

The Tenryu Rayz, for which I've written its own page, was designed for the headwaters  and for streams that are narrow and choked with brush.  The design goal was a rod that allowed quick pinpoint casts, often sidearm or underhand as conditions required. The rod was designed to cast small plugs in a wide range of weights, and to have sufficient power in the butt section to handle 12" trout despite having a very short, very slim blank. The LL designation is between light and ultralight. 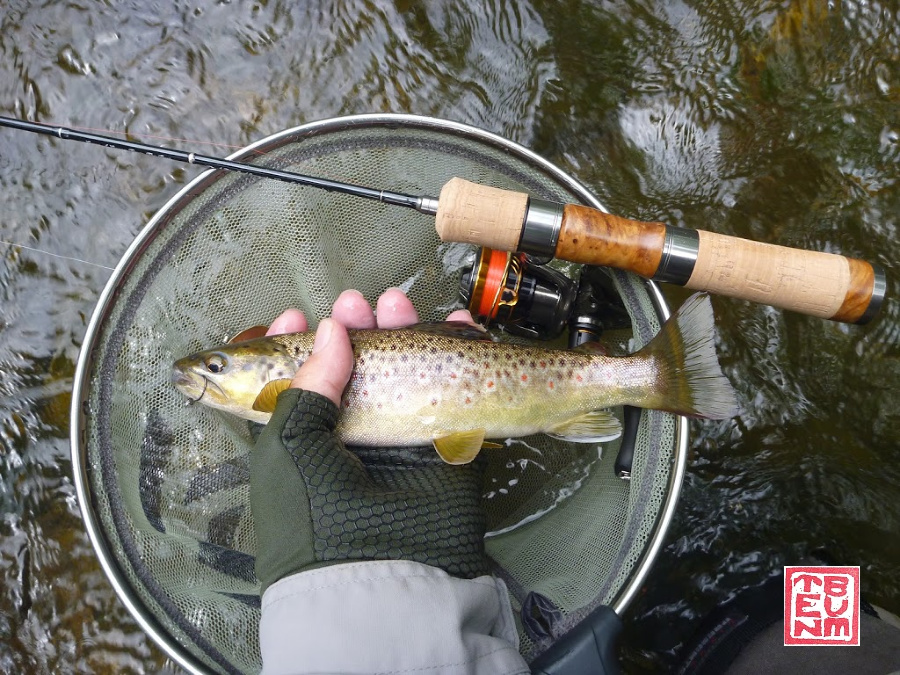 The rod can handle substantially larger fish, but it was designed for the headwaters, and is well suited to the 5-12" fish you will catch in streams so small you would want a 3'9" rod.

Tenryu has discontinued the rod. I am sad to see it go. I really, really like mine and would not want to give it up. It is so easy to do little flip casts in small streams, ones which can be so small and so overgrown that there isn't room even for a sidearm cast. The shortest of the new Tenryu models is 4'10", more than a foot longer. The shortest rods on Finesse-Fishing.com from other manufacturers are 4'2" (Shimano and Smith), but even they are 5" longer, making them 5" less maneuverable on really tight streams.

The RZ53UL is intended for smaller streams and lightweight lures. It is not a soft rod, though and will drive pinpoint casts. The rod is supple enough that you could use lures down to 1 gram and lines down to 1 lb test if you wanted to, but according to Tenryu the butt is firm enough for 12" trout. (Tenryu is being modest. The rod is much more capable than that!)

The RZ56L is designed for the full length of mountain streams. In contrast to the RZ53UL, the design is for heavy plugs, deep divers and heavy spoons.  It is a slim rod with a strong blank. You can feel the lure weight  easily and make accurate casts.

I think the RZ53UL is fine for fishing a variety of lures up to 4.5 or 5g sinking minnow plugs and lines up to 4 lb test. If you fish heavier lures or 6 lb lines, I would recommend the RZ56L instead. 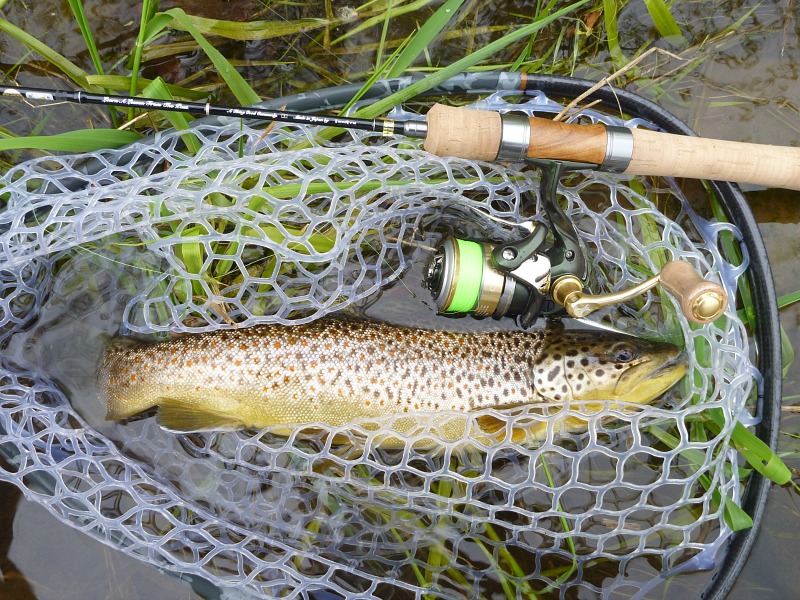 After the first day on the stream, I was convinced that Tenryu is being overly modest when it says 12" trout. I have no doubt whatsoever that if you are not battling swift current as well as the fish, landing substantially larger trout will not be an issue. The first day's fish was only a bit over 14", but it wasn't even close to the rod's limit! With other Tenryu Rayz spinning rods, for which they also say 12" trout, I have landed 20 and 22 inchers! 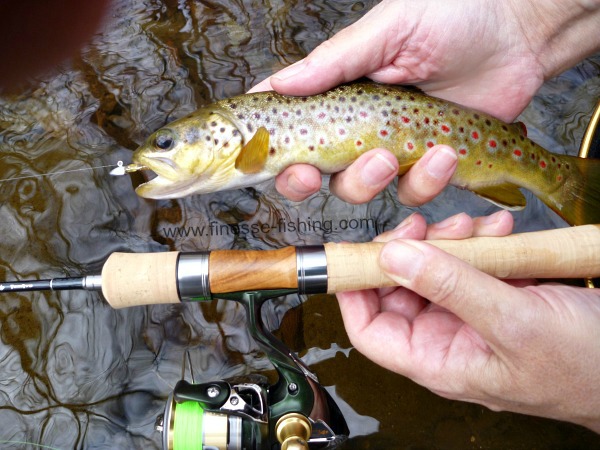 Tenryu is correct about the RZ53UL being capable of casting light lures, though. The 1 gram ajing jighead (above photo) cast beautifully and was well suited to the small wild trout stream. 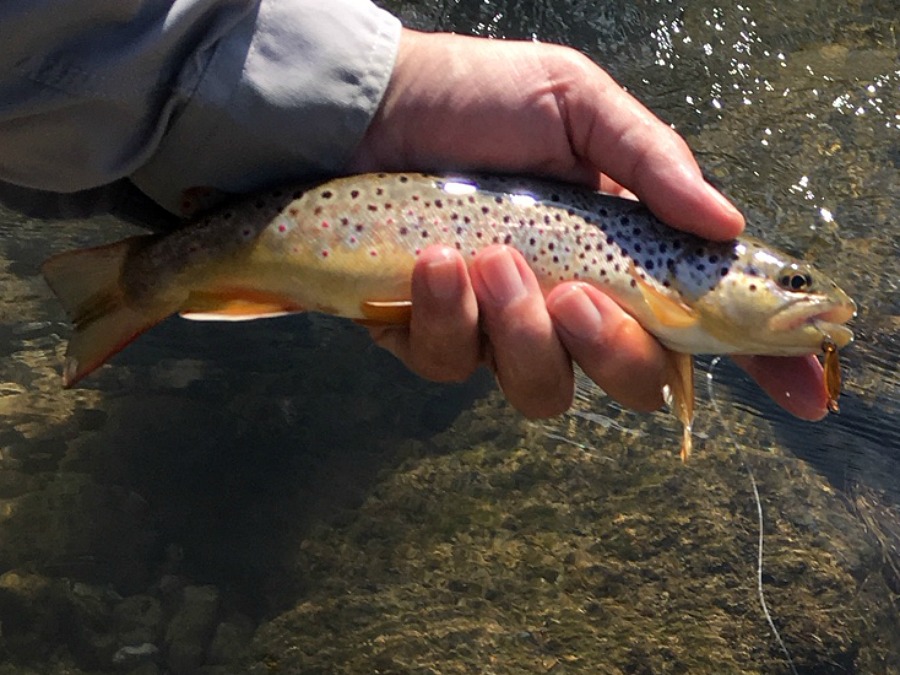 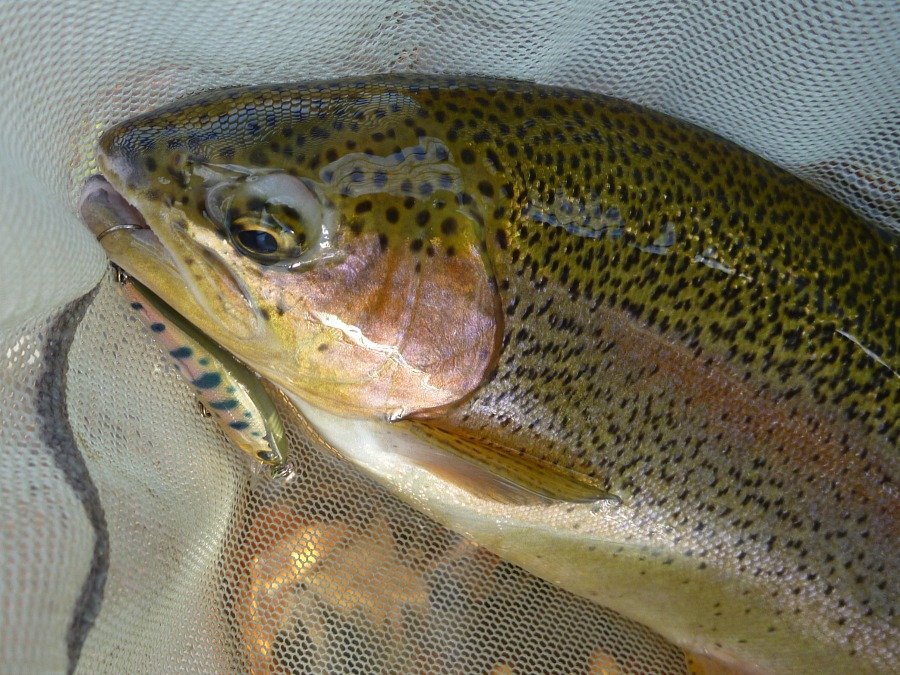 The 4.5g Daiwa Silver Creek Minnow 50S, which is one of the lures that Japanese anglers prefer for stream fishing, works very nicely indeed. It is well within the recommended lure weight range for either of the rods, and it is a very effective lure. The rod tip is well designed for giving the minnows a twitching, darting action. 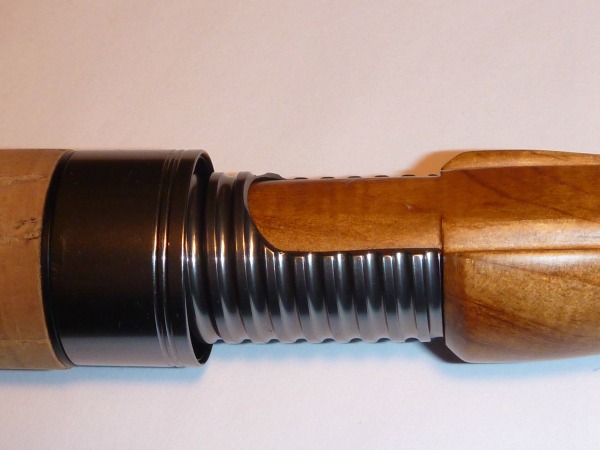 I often tell people that the Tenryu Rayz spinning rods are in another league compared to the spinning rods available in the US. The fit and finish are excellent, and the components are absolutely top notch. The reel seats on Tenryu Rayz (and on the Rayz Alter, Rayz Integral and Rayz Spectra) are hardwood and metal - no cheap plastic parts on these rods! Tighten until snug. Do not over-tighten.

Tenryu also makes longer rods for larger rivers and larger fish. I have not fished with them. I am a small stream guy and the rods all have shrink wrap over the reel seats, so it isn't practical to make even a few test casts in the park.

I can tell you that the quality is just as good as on their small stream rods. One of the guys who bought an RZ68LML said he thought it was the perfect power for the fish he normally catches (12-18"), and works nicely for deep, fast runs where his UL rod didn't have enough backbone to get good hook sets. (The RZ68LML is sold out and no longer available.)

The RZ75ML is a firmer rod, rated for lines up to 8 lb and lures up to 18g. In Japan it is used in big rivers for big fish, up to and including sea-run salmon.

When you put the sections together, there will be a gap.

When you put the sections together, there will be a gap. That is normal. Don't force them.

The Tenryu Rayz spinning rods set the standard for small stream trout rods. The rods produced by US companies don't even come close to equaling the quality of the Tenryu rods. Even among Japanese rods, I would choose Tenryu. I've seen rods from Daiwa, Shimano, Smith and Anglo&Co. I'll take Tenryu!

Just a quick note here to say thank you.

I just got my new rod and it’s a real beauty!

Can’t believe how fast it got here.

[The Rayz RZ68LML] is is everything I was expecting and more. It has plenty of backbone for those bigger fish and faster currents though has enough tip play that once you hook a fish the rod is an entirely new adventure.