Following last year's trip to Japan I wrote an article on Sinking Minnow Lures, explaining that they are the most popular lure for stream fishing in Japan. On Sunday, I realized that you might want a few floating minnow lures as well. 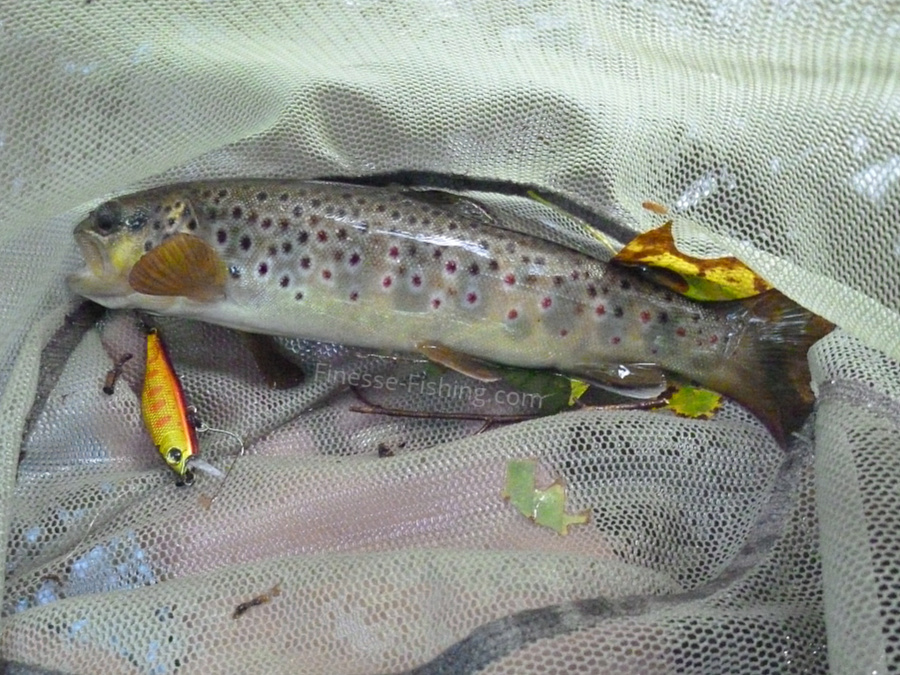 I spent the day fishing with Daiwa Silver Creek Minnows on which I had replaced the factory treble hooks with Cultiva S-55M single hooks. 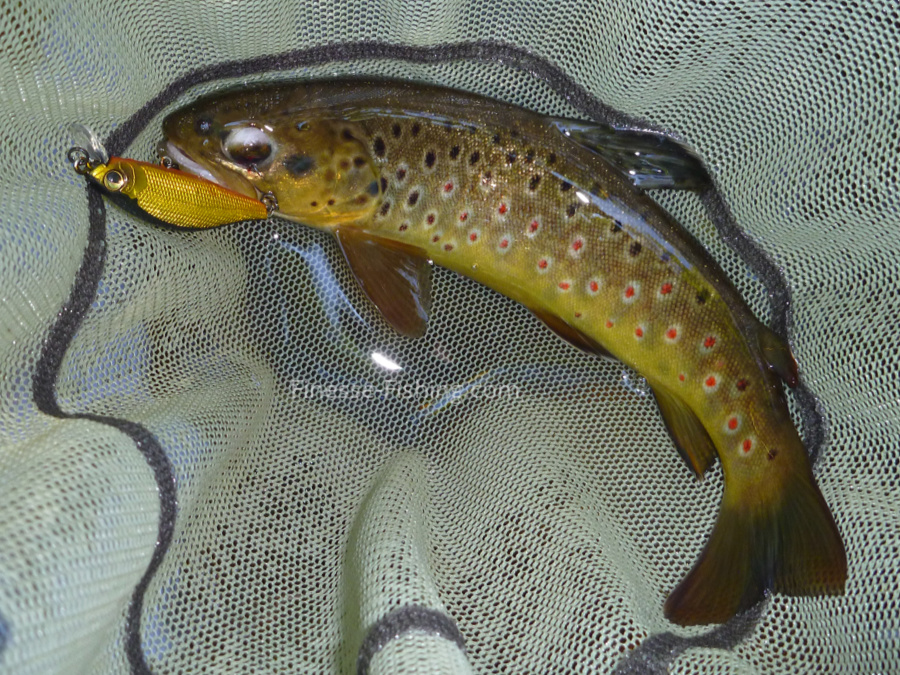 The plugs worked as advertised, and I caught more than a few fish with each of the two colors.

Unfortunately, I also caught a lot of moss. The stream I fished is neither particularly large nor particularly deep. It is, however, strewn with large rocks, making it particularly hard to fish a sinking minnow lure. On a high percentage of my casts, the lure would slide over a rock and come back with moss trapped in the bill. 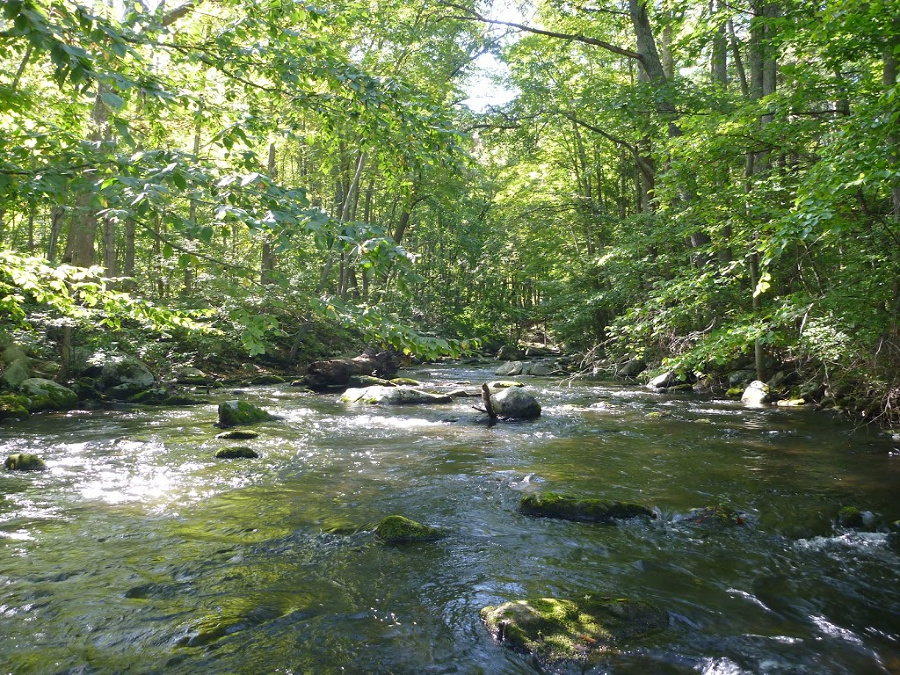 With this many rocks above the surface
imagine how many are just below the surface.

The lures are not deep divers, but if there is a rock in the lure's path on the retrieve it cannot be avoided (even if you can see it, which if you are casting any distance you can't unless the water is very clear and the light is just right). I remember a comment from John Vetterli (a tenkara guide who spin fishes in his spare time) about fishing a floating minnow in a snag-filled stream. He said if there is a sunken log or branch just stop reeling and the lure will float to the surface and come right over it. I definitely could have used that on Sunday! 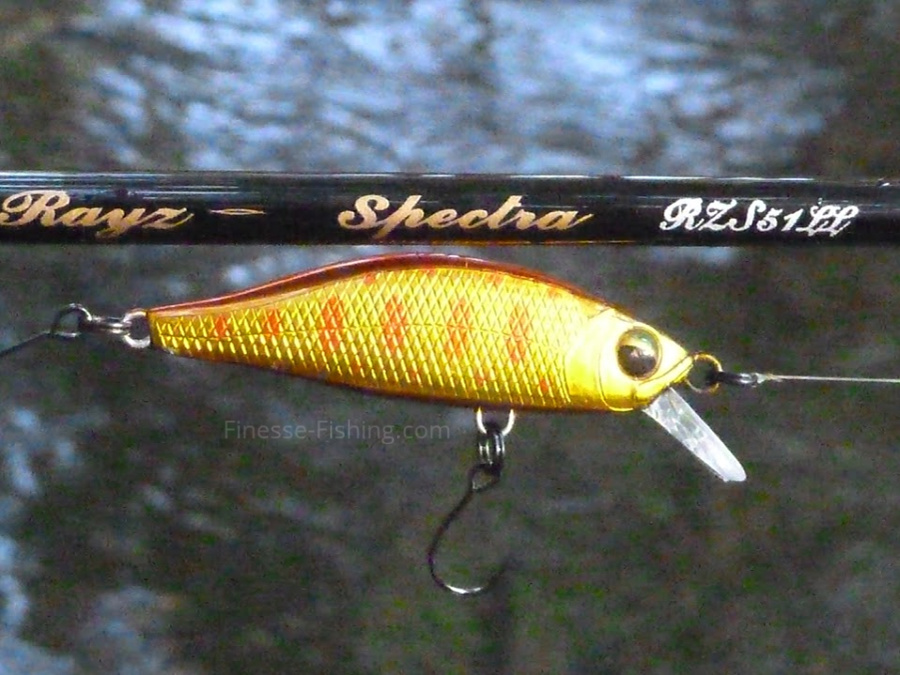 The photo above shows the front hook positioned so the point is facing forwards. I had read some on-line comments expressing concern that a hook rigged that way would lead to more snags and lost lures. I did not have any problem with that on Sunday. I think the bill hits first and the position of the tie-in above the bill causes the back end of the lure to raise up when the bill hits something. That seems to raise the front hook above whatever the bill hit. When the lure then slides over the rock, the hook is too high up to catch. (The bill still comes back trailing moss, however.)

However, I did have frequent problems of the front hook catching the line, which causes the lure to spin on the retrieve. Needless to say, I got no hits when the lure was spinning like a windmill. I did not try changing the orientation of the hook so see if a backward pointing hook also caught the line, but I did get frustrated enough that I just removed the front hook partway through the day. Up until that point, only one fish had been caught on the front hook and there is no telling how many fish I might have caught had the front hook not ruined the action on the retrieve.

Next time I'm out, I will try the same lures with the same hooks but with the front hook positioned so that the point faces backwards.